Midnight 4 February will see Hanoi awash with a multitude of firework displays in and around the city. Traditionally each lunar New Year’s Eve (Giao Thua in Vietnamese), dazzling fireworks light up the night sky announcing the countdown to Tet. Toast the Lunar New Year and head to one of EHG’s two rooftop bars overlooking Hanoi’s skyline, Hoan Kiem Lake and the Red River, for some of the most awesome views of this year’s fireworks. At Hanoi La Siesta Central, take the spiral staircase up to the stylishly cool Twilight Sky Bar on the 8th and 9th rooftop levels. Enjoy some of Hanoi’s best cocktails with a ringside view of the two most spectacular firework displays held at Hoan Kiem Lake and Thong Nhat Park. 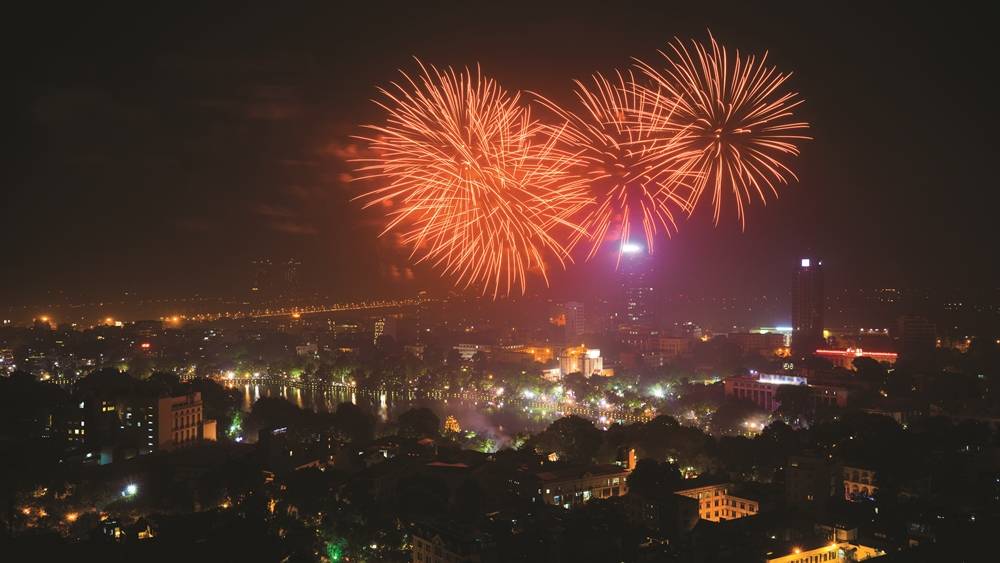 A few blocks away on the 13th-15th rooftop levels the Diamond Sky Bar, at Hanoi La Siesta Diamond, offers superb 360-degree city views capturing a host of displays including those in Gia Lam district across the Red River. The orientations and outlooks of EHG’s sky bars lead you to the heart of the action and the best views of Hanoi’s fireworks. Book your ringside seat at the Tet Lunar New Year’s Eve magical atmosphere and celebration. Toast the New Year’s arrival with a glass of champagne or cocktail in hand as we countdown to the New Year and the coming of spring.