Banh My is both the word for bead in Vietnamese and the nation’s favorite iconic sandwich baguette.

The French introduced the concept of the sandwich to Vietnam during the colonial period (1887-1954). A popular French dish at the time was casse-croute “to break the crust” which consisted of a traditional French baguette served with a plate of cold meats, pate, ham, cheese and butter. This would appear to be the forerunner of Vietnam’s Banh My. 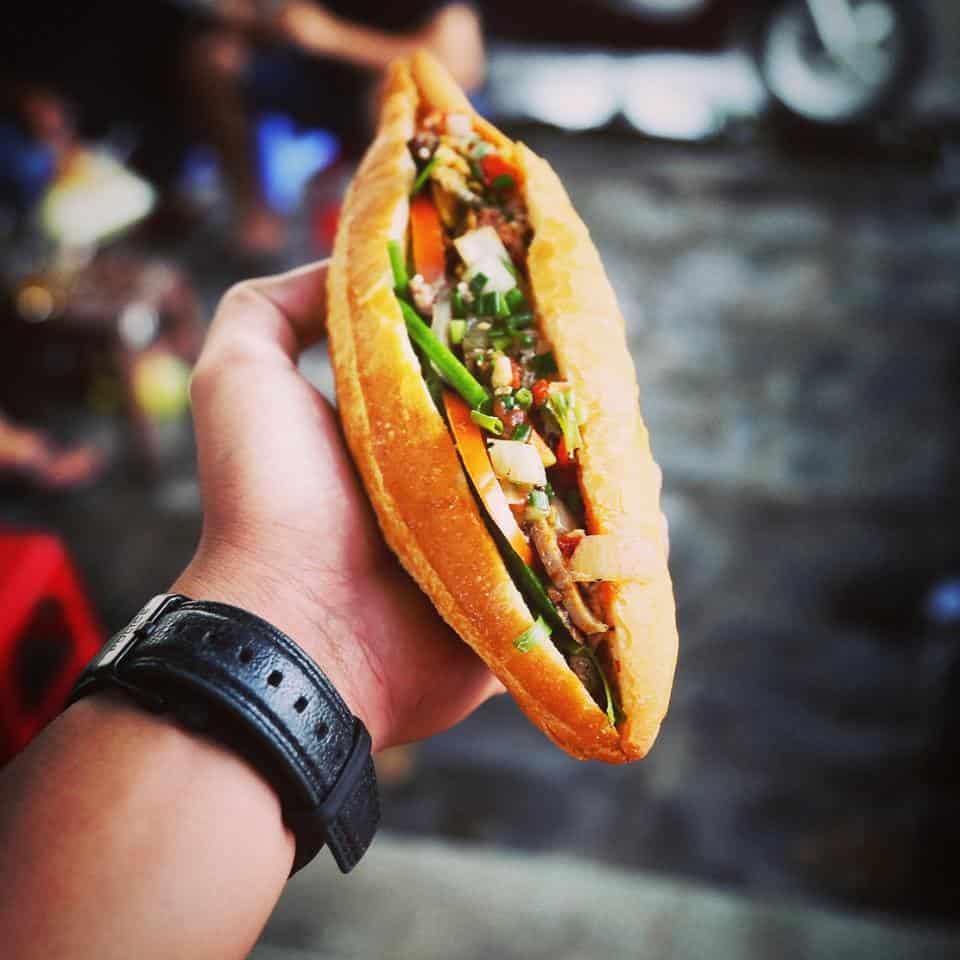 Today’s version can be traced back to a Hanoian family who fled south to Saigon after the first Indochina war in 1954.  It is said their Banh My shop was the first to use shorter bread rolls instead of the traditionally longer French version. They also substituted expensive meats for vegetables making the baguette more affordable for the ordinary people.

Street vendors started selling Banh My, its popularity spread even to France – introduced by the Vietnamese community there, while after the America War returning soldiers took it to the US.

Banh My is lighter than its French counterpart with a thinner crust and is made from rice and wheat. There is a multitude of fillings including pate, chicken, cheese, fried eggs, omelet, tofu, cucumber slices, coriander, pickled carrot, white radish, pickled daikon, chili and mayonnaise, making it a meal in itself or an anytime snack

Hoi An town is famous for some of Vietnam’s best Banh My. Two of the most popular stalls are food icon Madam Khanh ‘The Banh My Queen’ on Tran Cao Van Street, and Madam Phuong Banh My Restaurant on Phan Chu Trinh Street. Opinions are divided as to who is best – try them both out and let your taste buds decide.