Hang Be Street originally traded a very basic type of wooden boat called a bè, which means raft in Vietnamese. During the French colonial period the street was known by its French name, Rue des Radeaux (radeaux means rafts). In addition, long ago the Red River flowed much closer to the Old Quarter district and researchers believe Hang Be Street was the site of a river embankment where trading was carried out. It is the street’s ancient history which sparked the idea for, and name of, EHG’s latest terrace bar – The Lighthouse Sky Bar. 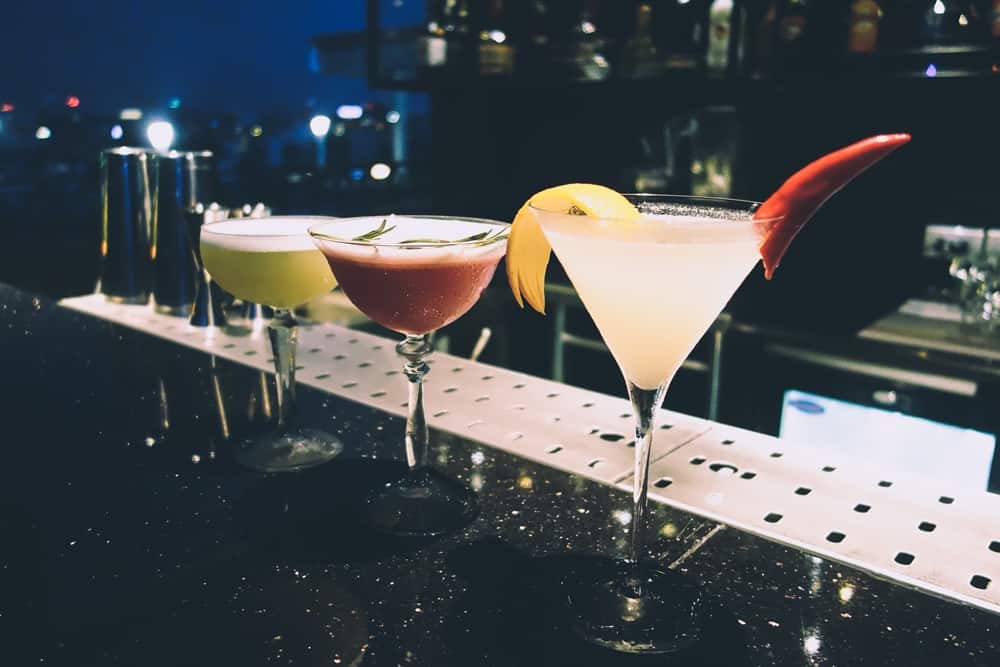 This ambitiously structured bar (unique to Hanoi and Vietnam for that matter) is styled on a boat which creatively plays to the meaning of Hang Be street. The bar is ‘moored’ over three levels of terrace space (Rooftop floor); its the bow with the bar area overlooks the street while the stern faces the Red River. Glass, metal and wood complement a monochromatic color palette of black, granite grey and hints of cream. Background chill-out music creates a trendy understated vibe. Open air seating at the front and back features ship-shaped black oval clusters of sofas. Trees and flowers bedeck the sky bar’s profile as part of the hotel’s external architectural greenery. In addition to the bar’s name The Lighthouse Sky Bar proudly emblazoned on the side is the vessel’s own registration number clearly visible left and right sides of the bow – EHG 6688 – considered a lucky number. However, the pièce de résistance and the bar’s uniquely defining feature is the splendid red and white 6m high lighthouse complete with flashing light at night which undoubtedly will become an iconic feature of modern Hanoi.