As a student at the University of Economics – University of Da Nang, Nu supported her studies by working as a cashier at Tran Restaurant in Da Nang. Although her original plan was to work in a government agency, fate took her down the hospitality route. Her first job was as an accountant at the Marina Resort & Spa in Hoi An. 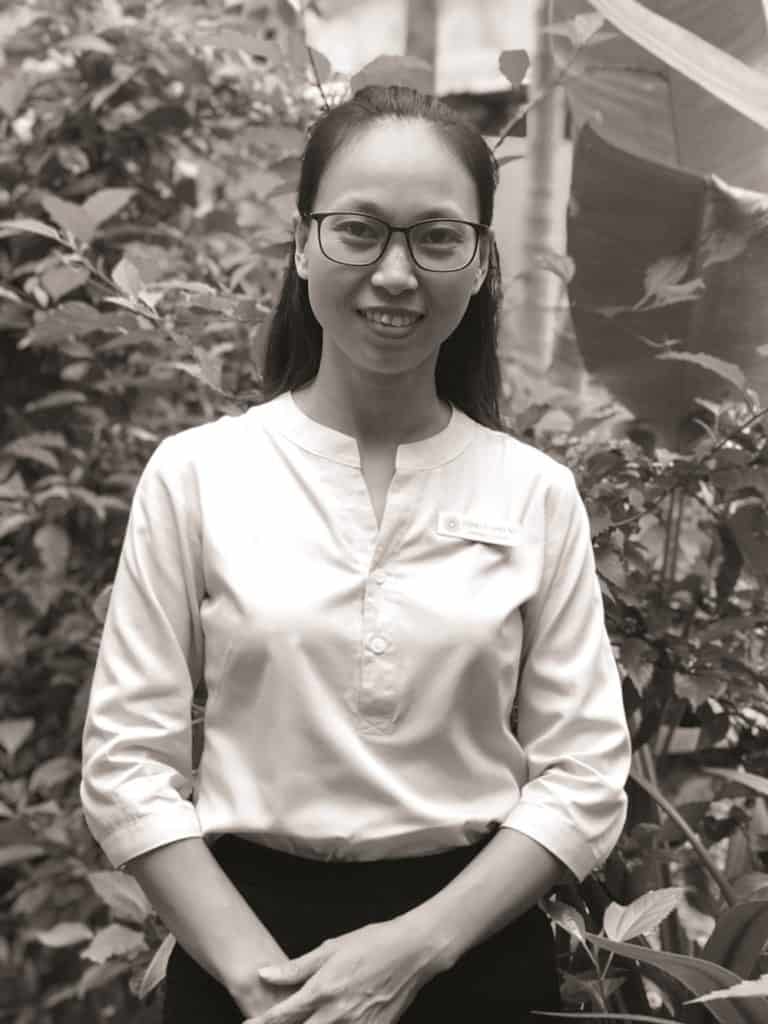 She was born in Thanh Ha pottery village in 1986, where she lives with her husband and 3-year old son.

In early 2013 on her way to work she would pass a building under construction in Hung Vuong Street a few km from Thanh Ha. Curious, she discovered through a friend this was EHG’s soon to open La Siesta Resort & Spa. She successfully applied for a job as General Cashier and has worked at the resort ever since June 2013. Her 6 years continues to be a happy positive time. She values her friendly open-minded colleagues and acknowledges the management’s caring attitude contributing to her optimistic outlook and personal development. The resort feels like her second home. She has many special memories including one in particular. It was a few years ago during heavy floods in Hoi An. She comments on how hard all the staff worked to support one another during this difficult period. As to the future she wants to further her studies, to work harder and master her skills thereby helping her to contribute even further to EHG’s success.