To he, which means toy figurine, originated in the 17th century in the countryside village of Xuan La, 40km from Hanoi. Today approximately 200 craftsmen are still employed making these figures. It is possible to visit the village and watch the craftsmen at work which is fascinating, especially for children. 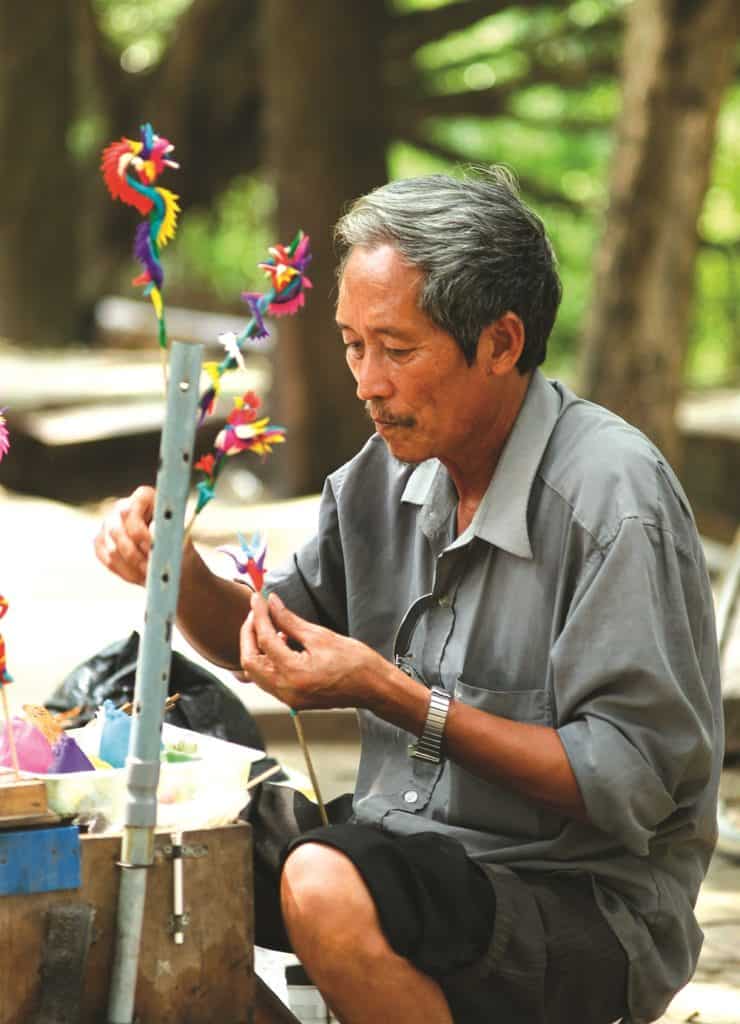 Ha Noi, Viet Nam – Jun 14, 2009: An unidentified craftsman doing TO HE (Vietnam traditional toy) for children in Hanoi. This is a tradition of Vietnamese in Lunar New Year

The figures, which are edible, are made from glutinous rice powder, molded into a myriad of shapes such as flowers, animals, characters from folk stories and cartoons, toy objects and so on which are attached to the end of a bamboo stick. The process requires great patience and the success lies in the preparation of the dough. Rice is ground into a fine powder, water is added and mixed with the rice until it is really sticky and easy to knead. Edible food coloring is added, using seven basic colors – green, blue, red, purple, yellow, white and black. It is then steamed after which it is shaped by hand before attaching to the top of the stick.

To he is a rare traditional toy and considered a cultural ambassador of Vietnam, with craftsmen traveling abroad to demonstrate the art. Originally the toys were made at holiday times and to illustrate children’s stories before the advent of picture books and films. Today they can be found for sale in open spaces, parks and gardens, anywhere in fact where children gather.