Exhibition “Rudel 2” showcases photo portraits of musicians at Ostgut Booking – an artist residence for DJs in Berlin – taken by photographer Sven Marquardt from 2007 to 2017.

Sven Marquardt’s work combines formal severity and clear imagery with bleak impermanence. His photos impress us through interaction of ease, severity and the dramatic art of monochrome contrasting.

The ever-changing metropolis of Berlin has shaped Marquardt’s sensibility for striking characters, his sense for the unusual in humanity and his artistic subject.

Born 1962 in East Berlin, Sven Marquardt was a defining part of the emerging Punk, New Wave and arts scene in the Prenzlauer Berg neighborhood from the mid-1980s. With the fall of the Berlin Wall he halted his work as a photographer and immersed himself in the reunited city’s rising night club scene. The subject-matter of ‘Night’ left a strong impression on Marquardt since the end of the 90s due to his work as a doorman at the Ostgut club. Marquardt has been working on the door of the famous club Berghain since 2004 and from 2007 onwards he’s been significantly involved in the visual appearance of the club’s in-house record label Ostgut Ton. In 2010 his first book Zukünftig Vergangen was published, followed by Heiland and Wild Verschlossen (all published by Mitteldeutscher Verlag), 2014 saw the publication of his autobiography Die Nacht ist Leben (Ullstein Extra). 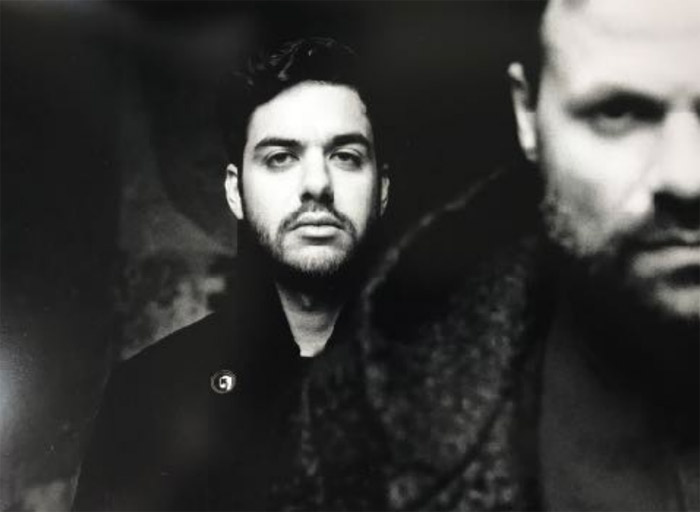 Marquardt stands in the great tradition of the East Berlin photographers such as Arno Fischer and Sibylle Bergemann. His work lead him to cooperation with fashion lines such as Hugo Boss and Levi’s on the one hand and Germany’s cultural institution Goethe-Institut on the other. Marquardt’s artistic vision creates suggestive contrasts rife with inextricable friction through his considered compositions. His strict use of analogue cameras and use of daylight is as crucial for his photographs as the defying looks, the staged, vibrant semi-nudes and the symbiotic play of his subjects with symbolic poses and accessories.

Marquardt’s body of work has stood the test of time of major societal and cultural changes. His photography seems classic, the underlying contents of his images merge past, present and future. There are echoes of transformation and reformation in his work, as in one of mankind’s oldest symbols of the snake shedding its skin.

The imagery plays with ideas of transforming creatures and takes on different appearances; in other words: there’s more than meets the eye. The statuary tableaus subtly convey their explosive energy, which makes them intensely powerful, they speak to the subconscious, at times even the archaic mind. The perceived naturalness of Sven Marquardt’s photography causes the conventionally informed image of humanity to unravel considerably.