Rooftop bars have caught on fast in Vietnam’s cities where outdoor space is limited and where the views are stunning. EHG has three of Hanoi’s best bar and entertainment venues with a view. From wine tastings, cocktail receptions and trendy BBQs to special anniversaries, birthday parties, company gatherings and honeymoon celebrations – EHG’s Twilight Sky Bar, Diamond Sky Bar and Lighthouse Sky Bar are cool, sophisticated outdoor spaces for the perfect party occasion. 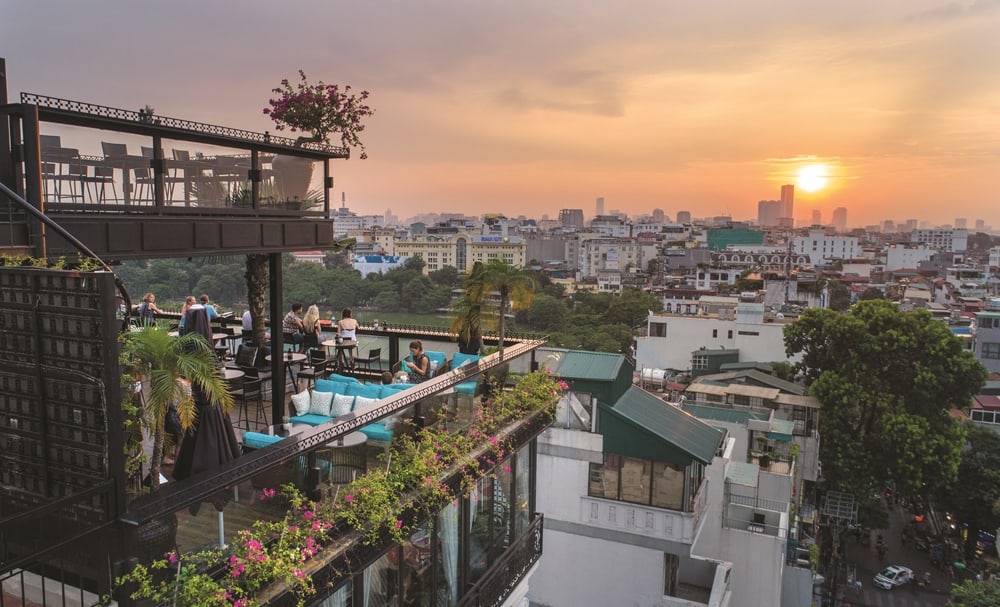 With stylish décor, the bars come with their own special backdrops to suit any event – views across the Red River and its bridges, Hoan Kiem Lake, the city rooftops and sparkling lights at night. Stylishly cool Twilight Sky Bar with two levels offers some of the best cocktails in town. The chic Diamond Sky Bar over three levels has 360-degree city views or board the unique ship-shaped Lighthouse Sky Bar with its own lighthouse and ‘set sail’.

There is something very irresistibly special about sipping cocktails, enjoying an ice cold beer or having a party from way up high looking down over a city. 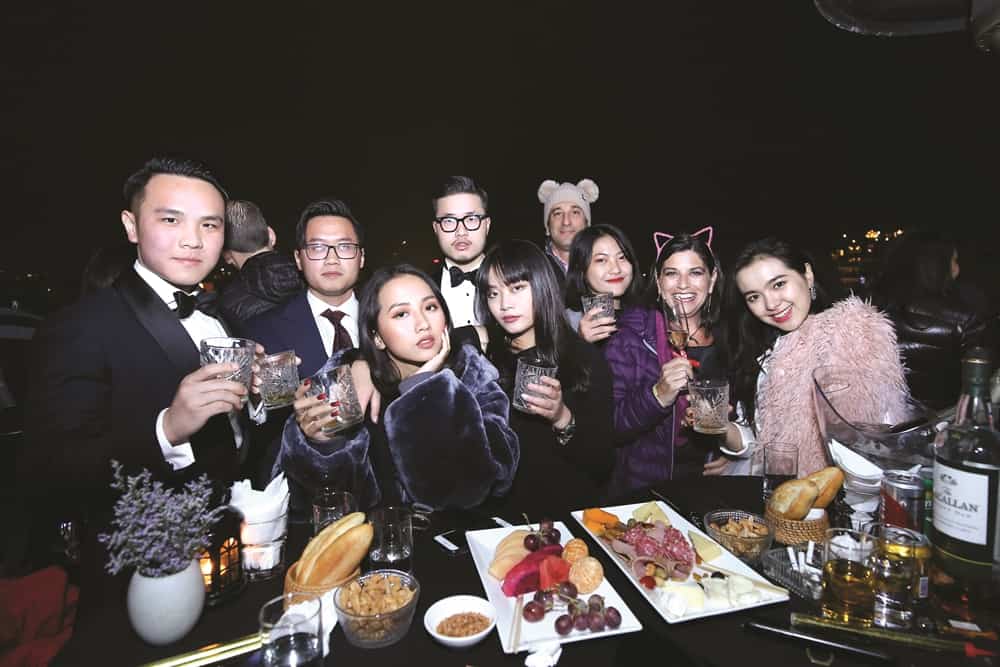 The concept of the rooftop bar has long been popular on the global scene and New York is said to be its ancestral home. In 1882 musical producer and composer Rudolph Aronson opened the Casino Theater on Broadway and 39th street. With land at a premium in the crowded inner city Aronson created, in 1890, the first rooftop garden on the theatre roof allowing patrons to listen to live music with a drink in hand. Some historians acknowledge this as the dawn of rooftop drinking, partying and entertainment on high.