When Vuong Dinh Manh joined the Elegance Hospitality Group about 9 years’ ago he was fresh out of travel and Tourism College. He started working as part of the Sales team at Elegance Hotel and then made his way up the ranks to junior management.  When EHG opened is first property in Hoi An in 2013 (Essence Hoi An Hotel & Spa) Manh moved to Vietnam’s iconic cultural town to be part of the set up team. He intended to stay a short time to up the operations and return to Hanoi once the hotel was up and running. However, five years on he is still in Hoi An. During this period Manh has become a leading member of the team that transformed Essence Hoi An Hotel & Spa into La Siesta Resort & Spa, EHG’s first 5-star standard property.

Demonstrating perseverance, sheer hard work and an open-minded approach, Manh gained the respect of his peers and teams. This quietly calm young man has now taken the helm of the Resort, with a promotion to Acting General Manager. 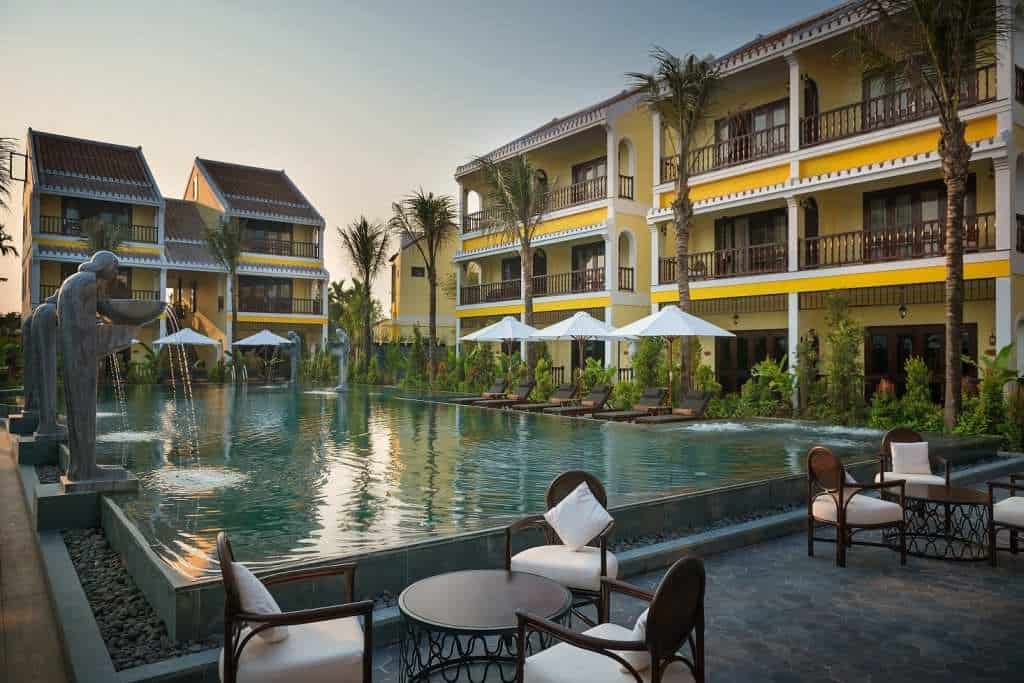 La Siesta Resort & Spa is now firmly on the map in Hoi An consistently in the top three hotels in the region. The Resort continues to go from strength to strength. The team with Manh’s guidance has spearheaded a number of exciting initiatives and charity works, which now take pride of place in the Resort’s calendar. One important weekly activity makes a difference to so many lives.   A heart-warming philanthropic tour, conceived by the management, takes guests to visit 112 disabled children and adults, orphans and the elderly who live at Hoa Binh (Peace) Village in Tam Dan commune, south of Hoi An.

From charity to musical entertainment.  In December La Siesta Resort & Spa introduced Hoi An, the media and local community to the delights of international opera when renowned opera singer Stephen Sanchez was invited to perform at La Siesta Resort & Spa’s Christmas ‘Opera under the Stars’ event. This event was first of its kind in the town and Sanchez’s first ever visit to Vietnam.

On the cuisine-front Redbean Hoi An has launched a new menu as the F&B team takes the restaurant’s experience and offering to another level. Redbean is fast becoming one of Vietnam’s most iconic restaurant brands renowned not only for its culinary creativity and its commitment to the values of Vietnamese cooking, but also for its excellence in customer service and immaculate modern contemporary design. Just as Hoi An town has an iconic image, so Redbean has a strong mission statement setting the standards to which others aspire.

It is initiatives such as these, inspired by Manh and the team, which are cementing La Siesta Resort & Spa’s position firmly on the map, elevating the Resort’s standing in the community and helping to maintain a leading position in the tourism and hospitality industries.