Views of Hoan Kiem Lake, a prime Old Quarter setting and an exclusive spa are three of the many selling points at the new La Siesta Central, a 27-room boutique hotel.

With its tapestry of colourful neighbourhoods, colonial architecture and emerald lakes, Vietnam’s capital lacks nothing in charismatic locations.

Few are quite as evocative as its central lake – for many the defining feature in the ancient city.

Although bijou, the new property – owned and operated by leading Vietnamese boutique hotel brand Elegance Hospitality Group (EHG) – makes full use of its proximity to the legendary body of water.

A total of 19 rooms have views of the lake, highly uncommon in Hanoi where high real estate prices and stiff competition in the hotel sector put a hefty premium on such a prime spot. 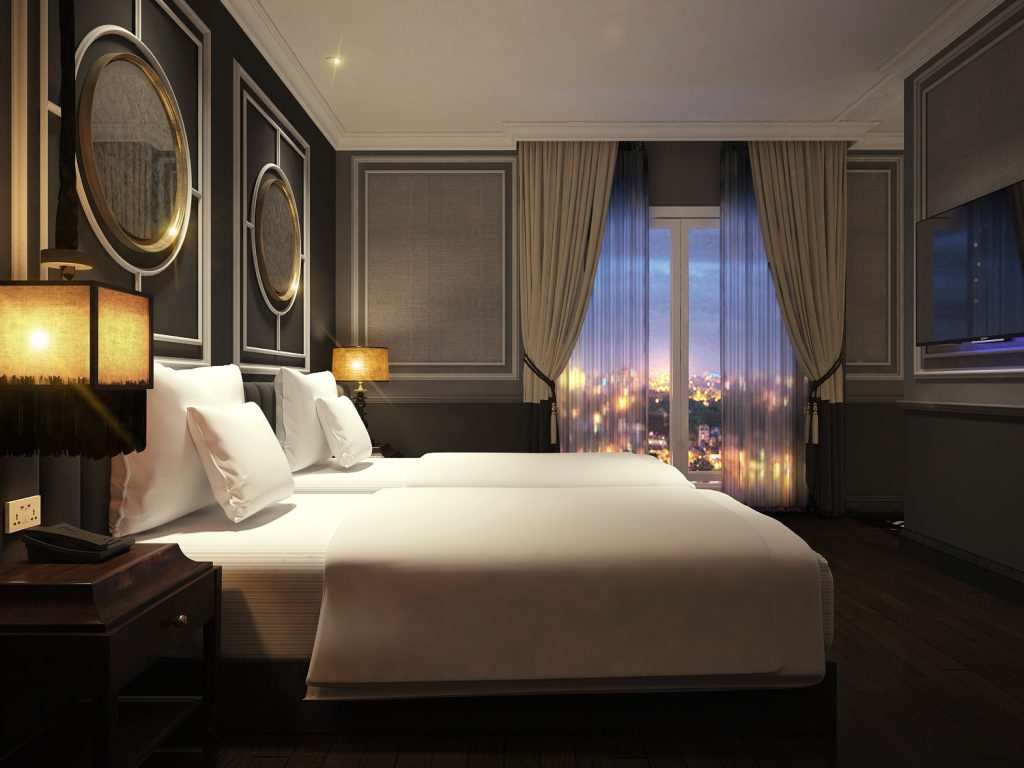 “Every visitor who comes to Hanoi visits Hoan Kiem Lake of course,” says Chu Van Binh, General Manager of La Siesta Central. “But it’s a rarity for them to actually see it from their hotel room. Even the rooms that don’t have lake views, look over the rooftops of the Old Quarter, which is just as fascinating in its own way.”

Indeed, the property’s incredible situation makes it an ideal base from which to strike out within the Old Quarter – Hanoi’s centuries-old hub of commerce – and to nearby highlights such as the French Quarter, a charming enclave of broad avenues and majestic buildings, which is laid out just south of the central lake.

Things are equally inspiring within the hotel, whose conversion from a historic private dwelling was directed by EHG chairman Do Van Dan, a trained architect who takes a leading role in the design of all the properties under the group’s umbrella.

Thoughtful touches abound throughout the hotel. Dark wood panelling and use of intricate patterned tiling characterize stately interiors, while numerous black and white artworks in public areas and rooms enhances the classic feel of the property.

Guests have access to an array of room types, all of which come with thoughtful amenities and trimmings including walk in rainforest shower and luxury toiletries from the in-house La Siesta Spa brand as standard.

The highest category rooms – the Junior Suite Lake View and the Premium La Siesta Suite Balcony – have the most impressive views over the lake.

A key feature of the property is its La Siesta Spa. Much care and attention has gone into devising an extensive menu of treatments and massages – many based on traditional Vietnamese healing methods. A simple black and white theme, meanwhile, gives the seven treatment rooms a cool, calming atmosphere.

“We really wanted to take our spa product up to the next level at the new hotel,” continues Chu Van Binh. “We believe that La Siesta spa can develop into its own brand in future.”

Other hotel highlights, meanwhile, include fine Vietnamese and international cuisine at the rooftop Red Bean restaurant and the selection of bespoke cocktails and other premium drinks and spirits at Twilight Sky bar. The latter has the additional advantage, of course, of offering the best seats in the house when it comes to soaking in one of Hanoi’s best views.

“There are few better places in the city to enjoy a sunset drink or a relaxing evening meal,” adds Chu Van Binh. “Hanoi is changing fast, but the outlook over Hoan Kiem Lake remains completely timeless.”