HANOI – THE LITTLE PARIS OF ASIA

Hanoi’s architecture is a mix of domestic and foreign influences, most notably French, which blend harmoniously with traditional Vietnamese architecture. During the French colonial period from 1873 up to France’s defeat in 1954 Hanoi was transformed in almost every way from urban planning, politics and written script to entertainment, health, fashion, cuisine and so on. The French authorities redesigned the city as they laid out a Haussmann-style imitation of Paris. Broad, straight, tree-lined streets in a grid-like pattern were put in place, public parks and squares, colonial-style villas, European style cafes and institutions gave Hanoi a new identity. Where there had been urban disorder the French set out to give the city a new dynamic identity and improved the environment. The new face of Hanoi included some of most iconic buildings inspired by the French:

Hanoi Opera House. A smaller-scale version of the Opera Garnier in Paris. Constructed between 1901 and 1911, it is designed in theater style, based on classical buildings in Renaissance Europe. It remains today one of Hanoi’s most highly regarded treasures. 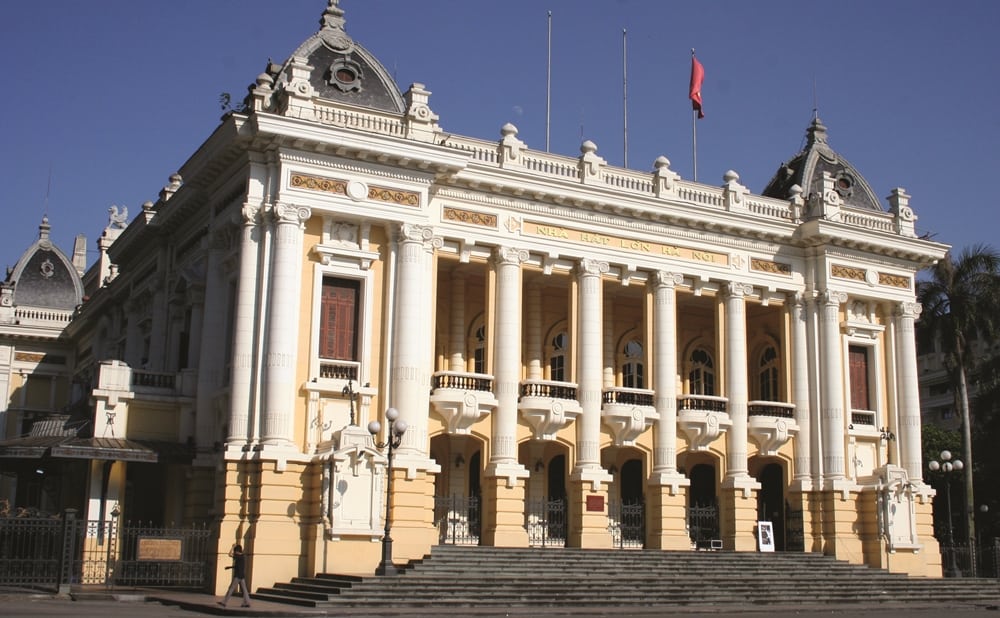 The Metropole Hotel was Hanoi’s first 5-star hotel opening in 1901. It is built in the style of the French colonial period with white walls, green window frames, delicate ironwork tracery and a green lawn.

The Presidential Palace (formerly the Governor General’s Palace) designed by Auguste-Henri Vildieu between 1901-1906 covers an area of 20 hectares taking pride of place to the side of Ba Dinh Square. 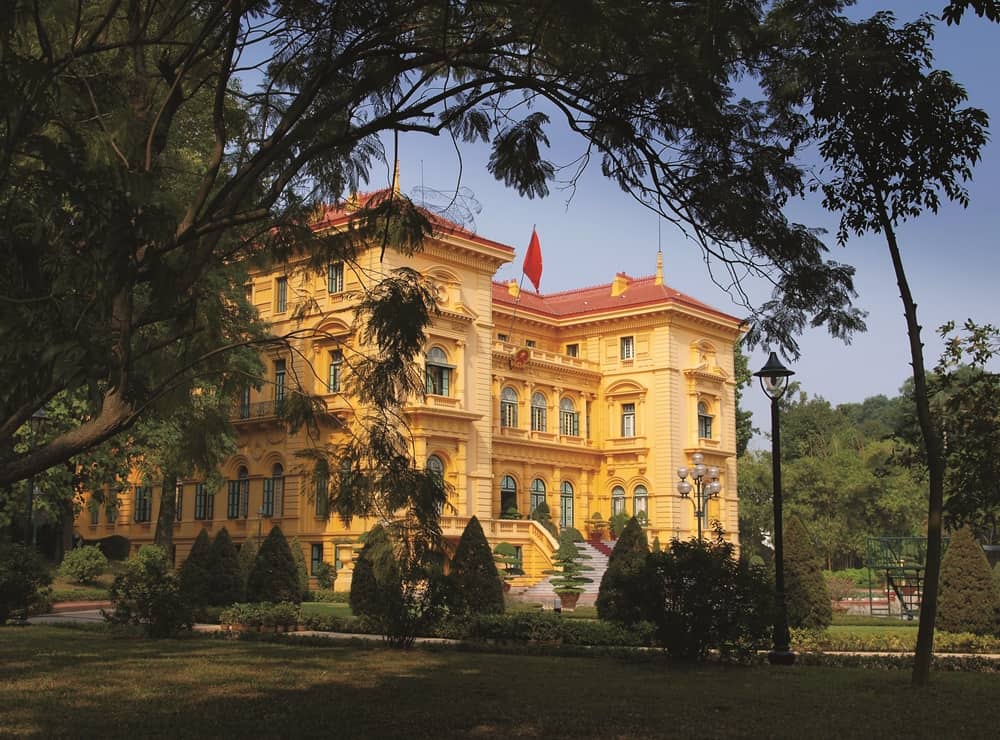 Dong Xuan Market, one of Hanoi’s most iconic and largest Old Quarter markets dating back to 1889 was designed by the French company Poinsard Veyret. It is a simple design of five blocks each with domes, the stunning front entrance is entirely due to the French influence with its five sculpted triangular arches arranged as a honeycomb with metal roofing.

Saint Joseph’s Cathedral built in 1886 closely resembles Notre Dame Cathedral in Paris. It is in the Gothic European style popular in the Renaissance. 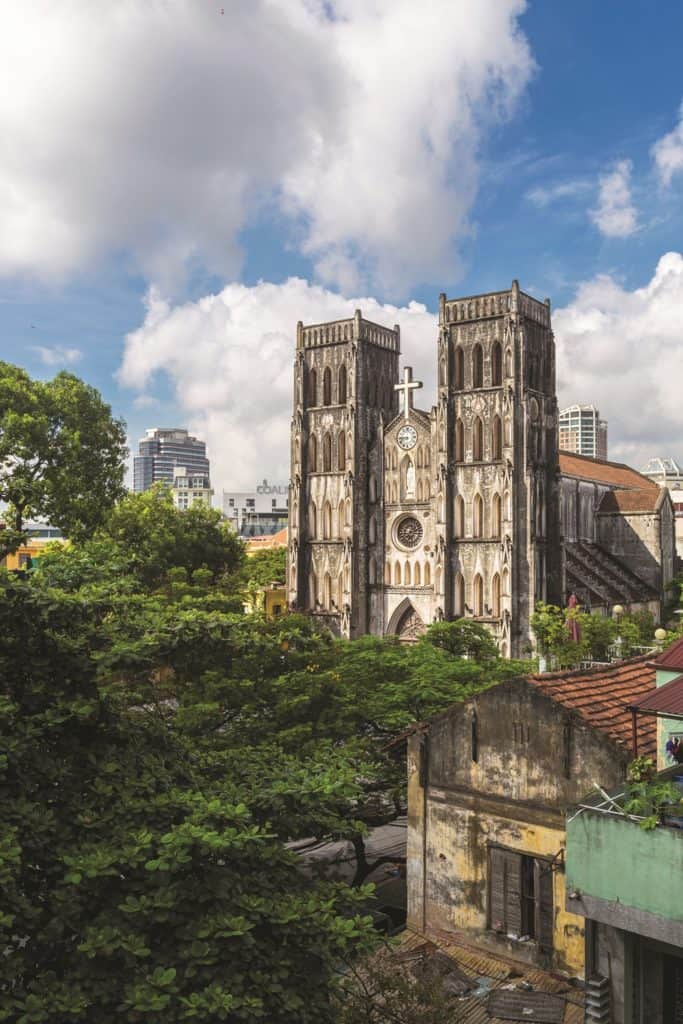 It is these and many other examples showcasing the French influence which make Hanoi “The Little Paris of Asia”.