Hang Ma Street, the heart of the mid-Autumn Festival

With over 6.5billion people in the world speaking more than 6,500 languages celebrating hundreds of festivals each year, the world is an infinite place. A BBC online article a few years ago commented: “modern humans have created many thousands of distinct cultures”. Yet for all their differences, distant societies are closer than one would imagine. It is fascinating, for instance, to see the similarities between festivals and rituals taking place the other side of the world from each other.

Vietnam is no exception. Occasions deeply relevant to Vietnamese society share remarkable commonalities with those of other cultures. For example, Tet lunar New Year and Christmas festivities, Vu Lan day and All Souls Day and, relevant for this time of year, the mid-Autumn festival has many links to Halloween.

Tet Trung Thu, mid-Autumn Festival in Vietnam, combines many rituals, customs and legends. It also goes by the names of mid-Autumn Moon Festival or Children’s Festival. The occasion is celebrated in many south east Asian nations. Some call it the Mooncake festival, in recognition of the popularity of mooncakes sold at this time; in Singapore and Malaysia it is known as the Lantern festival while China recognizes it as the reunion festival, conjuring up images of centuries past when Chinese women would visit their parents before going to celebrate with their husband’s families. 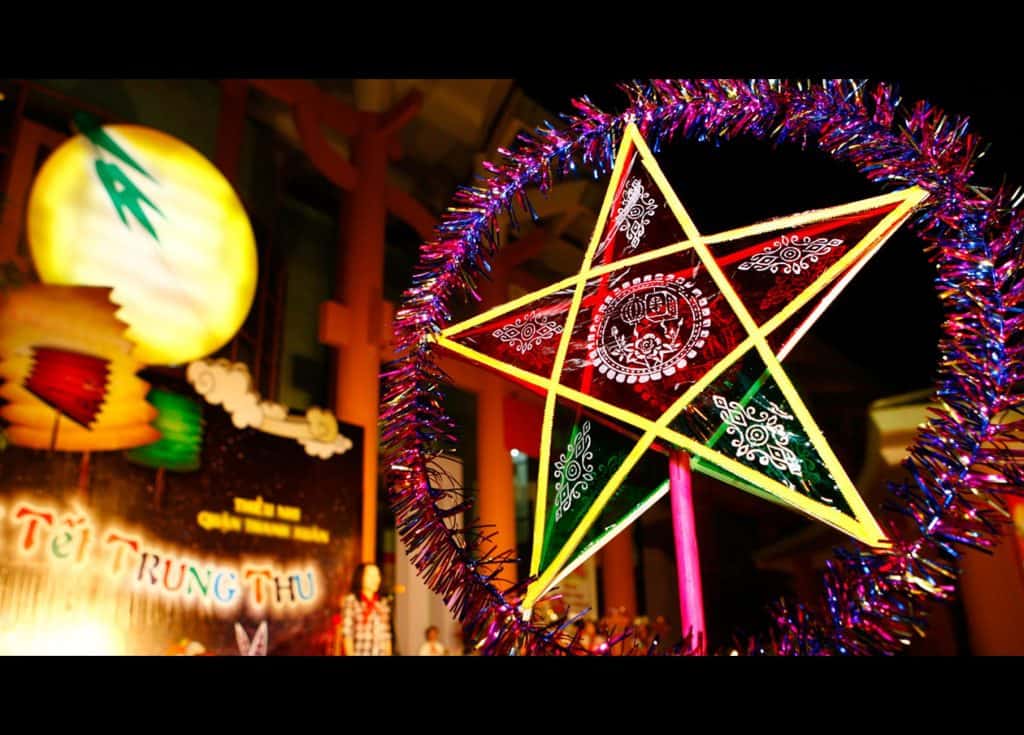 Stories and folklore weave their way through Vietnam’s mid-Autumn period. One of the best-loved legends relates to a man called Cuoi. It is said he found a magical sacred banyan tree in his garden that could cure sick people. But, when his wife accidentally urinated on it, the offended tree floated up to the moon, dragging Cuoi with it who was holding onto the roots. Since this incidence, Vietnamese people claim they see a man resting under the tree in a full moon.

The mid-Autumn festival is a 15-20,000 year old custom originating in China, traditionally held on the 15th day of the 8th lunar month. It embodies three key notions:
• A reunion of family and friends at the time when the moon is at its roundest and brightest
• A time for giving thanks for a bountiful harvest
• A chance to pray for fertility, getting married, for a long life and a successful future

Long ago, certain societies would observe the moon to work out the success of harvests and the future of people. Over time, this habit turned into an annual celebration more focused on children. Mid-Autumn was a chance for parents to make up lost time spent with their families, having toiled hard during the year in the fields. Celebrations were held under a full moon, representing life’s fullness and prosperity and thus children became the focus and the cause of celebrations.

Nowadays in Vietnam Tet Trung Thu commonly known as the Children’s Festival sees, on the night of its full moon, children parading with lanterns to help Cuoi find a lighted path back to his home. 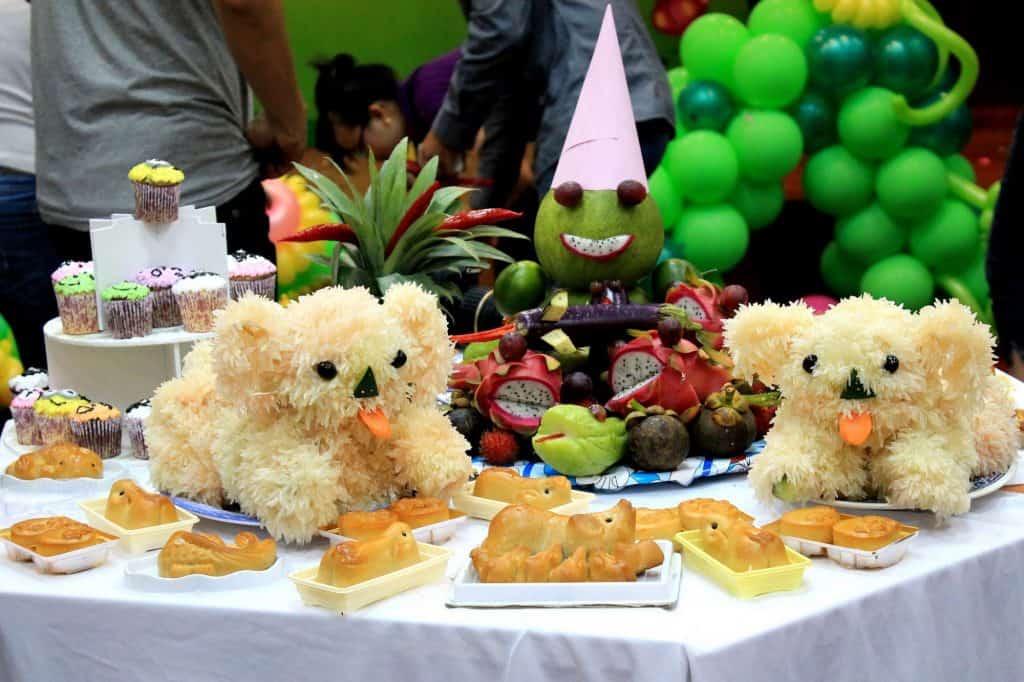 Although every village, town and city comes to life, one street in Hanoi is synonymous with the mid-Autumn festival. There is no better place to immerse oneself in the source of many colorful activities and symbols than Hang Ma Street. For more than 500 years, Hang Ma has been one of Hanoi’s most famous 36 streets, dedicated to selling anything and everything made of paper, while at mid-Autumn festival time, the street’s alter ego makes it the place to buy children’s toys, lanterns and other festival decorations.

Hang Ma and fake paper votive offerings are interchangeable, so much so that the street lends itself to the phrase ‘do hang ma’. ‘Do’ means ‘thing’ and hang ma represents the concept of fakeness. When a person dies, fake paper objects are burned to symbolize essential items the deceased needs in the afterlife. These range from US dollar notes to model cars, houses, mopeds and even paper mobile phones and iPads.

While fake paper products are sold all the year round, Tet Trung Thu comes only once a year, and Hang Ma adopts a character filled with symbols, superstition and intense colors.
Every storefront is cluttered with tin toys, papier-mache masks of characters from folklore and myths. Lanterns shaped as stars, fish, lotus flowers, mini pagodas, rabbits (the latter represents the Jade Rabbit who also lives in the moon). Under the moonlight, children, hiding behind papier-mache masks, parade the streets, singing songs while carrying brightly lit lanterns. Lion and Unicorn dancers perform; mooncakes are eagerly devoured while other traditional foods are enjoyed. Every area in Vietnam comes alive at this time of year but Hang Ma Street remains the brightest star, leading the colorful traditions and festivities year after year.