From Cook to Executive Chef

Since his high school days Long was inspired by celebrity Chef programmes on TV and he knew he wanted to become a Chef.  No one in his family had a job remotely like this and he had to battle hard against his family’s wishes. His parents opposed his career choice so he had to work extra hard to prove himself to them.  It was not easy in the early days and he often had to work for no money just to get the right training and knowledge. However, invaluable advice he received helped him stay focused and inspired his enthusiasm: to accept criticism, seek out good people who could share their professional experience and to read as much as possible about cuisine in Vietnam and around the world. This he did and after gaining an Intermediate Certificate in Cooking and Hotel Operations from Hanoi Tourism College, he landed his first job in 2008 with the Perfume Pagoda tourism management board. A year later, he moved to the Conifer Hotel near the Hanoi Opera House before accepting the role as cook at EHG’s Gourmet Corner restaurant, which had just opened in 2010. 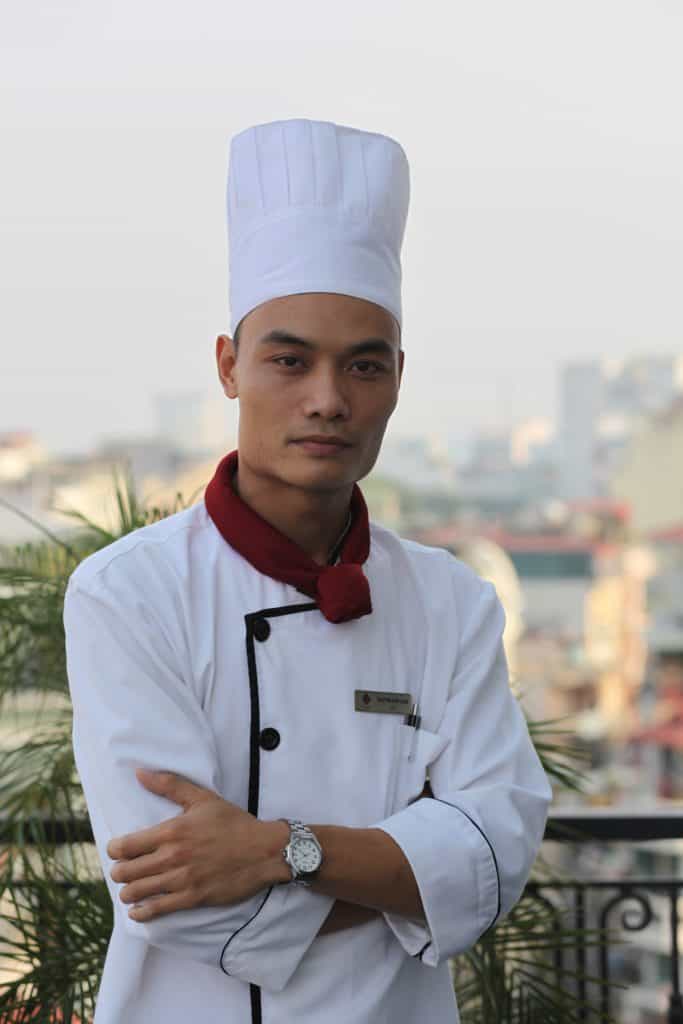 Long was delighted to be involved right from the start in this new restaurant venture. Fast forward eight years to today and Long’s passion, creativity and hard work (values he instills in aspiring chefs) has paid off, as he is now the restaurant’s Executive Chef. He loves working here because of the professional working environment, career development and employee focus. He also values how friendly and united the team is.  Everyone has an open-minded approach supporting one another as a family. He is extremely proud of the restaurant’s success and his contribution to this. His plan now is to continue to improve his knowledge, to refine his skills in line with EHG’s development and to be recognized as an excellent Executive Chef throughout the EHG operation.