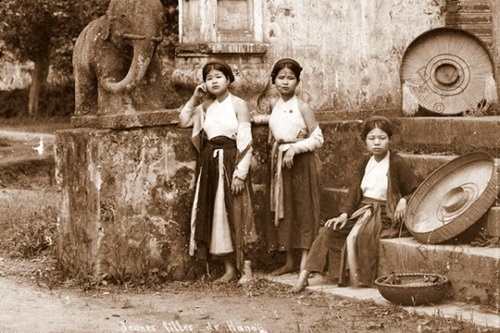 In ‘Chiec Ao Dai Viet’ poet Dinh Vu Ngoc likened the Ao Dai to the S-shape of Vietnam. A national symbol, the costume is as slender and elegant as the country’s outline, and as adaptable as Vietnam’s transformations. A flattering embodiment of feminine beauty and an inspiration for poets and artists.

The Ao Dai is a flowing figure-hugging outer garment extending from the collar to the knees/ankles with slits down each side from the waist and traditionally worn over a pair of loose trousers.

With little documentation, many theories are proposed regarding the Ao Dai’s origins. Some people trace it back to the Hung Kings thousands of years ago citing evidence of people wearing a two-flap tunic engraved on antique Dong Son Bronze Drums.

The period 1600-1802 saw Vietnam separated into the north, controlled by the Le Dynasty rulers supported by the Trinh Lords, and the south governed by the Nguyen Lords. In 1744 the southern lord Nguyen Phuc Khoat wanting a different identity to the north imposed a dress code styled on Cham clothing featuring a front buttoned garment worn over long trousers. Later in 1828 Emperor Minh Mang decreed a standard look replacing the north-south fashion divide. 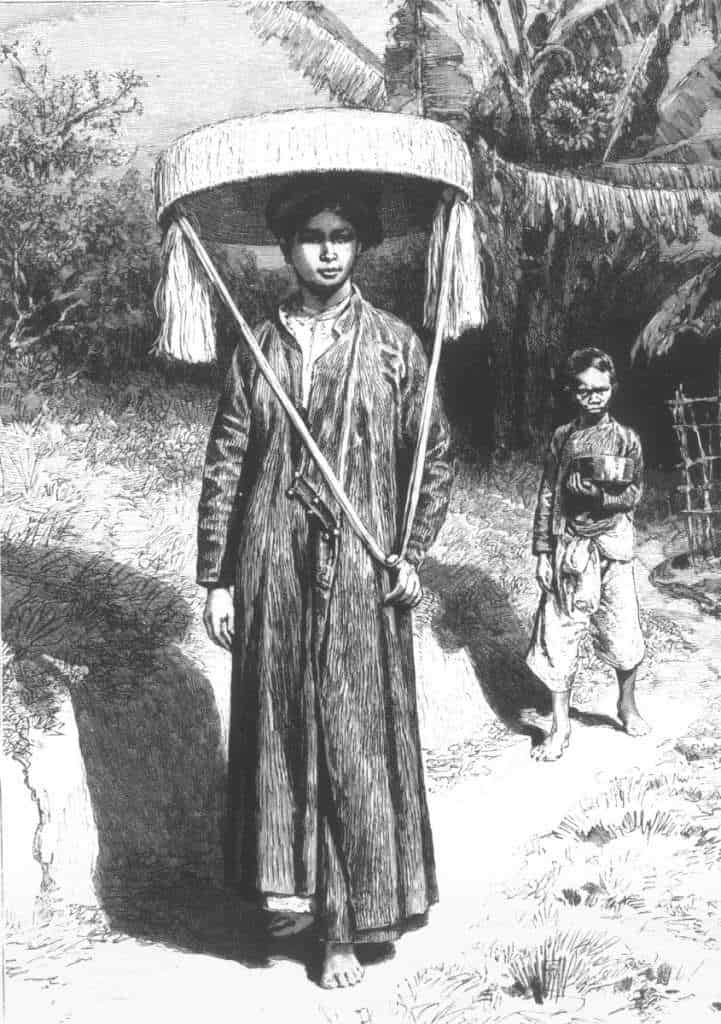 However, with the early 20th century came the Ao Dai ‘revolution’. Firstly, in the 1930s, artist Cat Tuong known as Le Mur, revealed the Le Mur Ao Dai.  A marked departure from the past, with large collars, puffy shoulders and wavy sleeves. Tuong, and peers from the Indochina College of Fine Arts, believed fashion was part of Vietnam’s identity. The style combined the Ao Ngu Thanh (5 panel gown of the female upper class urban elite) with the Ao Tu Than (4 panel worn by northern peasant women) and French colonial fashion. His collection featured two panels reaching to the ground, fitted to the body and pinned at the waist. Bright colors replaced the obligatory dark colors of feudalism, resulting in a beautiful face-lift for the Ao Dai.

However, the innovation proved too extreme for society, after four years the Le Mur design was discarded but the inspiration remained strong. After Cat Tuong came artist Le Pho. He removed Tuong’s western influences and modernized the 4-panel Ao Tu Than into a figure-hugging fashion that lasted 30 years. 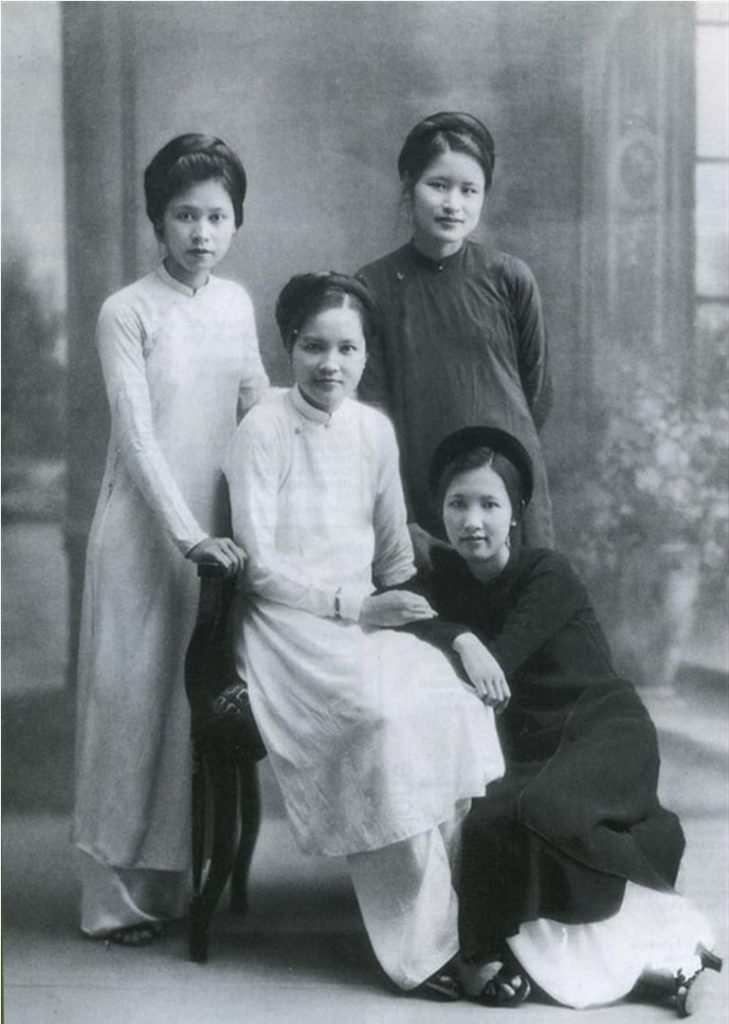 The raglan sleeve was a further change making the Ao Dai look neater and more comfortable for the wearer. Then with the early 1960s Saigon came Tran Le Xuan (the notorious Madame Nhu). She made a bold controversial fashion statement, sporting an ultra-fitted, collarless Ao Dai with shorter sleeves and risqué bateau neckline. The Ao Dai went through a hippy stage before entering the reunification period. In the post-war depression it was considered capitalist decadence and consigned to special occasions. In its place was the Ao Ba Ba, a simple, cheaper version with flaps extending to the hips and a buttoned down front.

With the 1986 Doi Moi initiatives and economic reforms, the Ao Dao regained its status. It won ‘Best National Costume’ at the 1995 Tokyo Miss World Pageant cementing itself as a national icon.  Nowadays the Ao Dai is commonly worn by sections of the business community, airline flight attendants, graduation students, at weddings, many cultural events, anniversaries and festivals. Numerous collections are launched as the Ao Dai fashion evolves with, and adapts to, fast paced modern times. Ao Dai designers garner international fame while the Ao Dai has become the country’s fashion ambassador.

One thing however remains unchanged. Whatever the style, the Ao Dai retains its figure-hugging concept accentuating a woman’s beauty and curves of the body. Both provocative and elegant, it is easy to understand the revealing slogan: ‘the Ao Dai covers everything but hides nothing’.