For over 1,000 years from 111 BC to 938 AD Vietnam was under Chinese rule. Where language was concerned, only the educated elite could read and write. They wrote in classical Chinese characters called Chu-han which was imposed on the Vietnamese as the official language. (Chu means word and han relates to the dynasty of the same name in China which was the golden age which devised the Chu-han script). 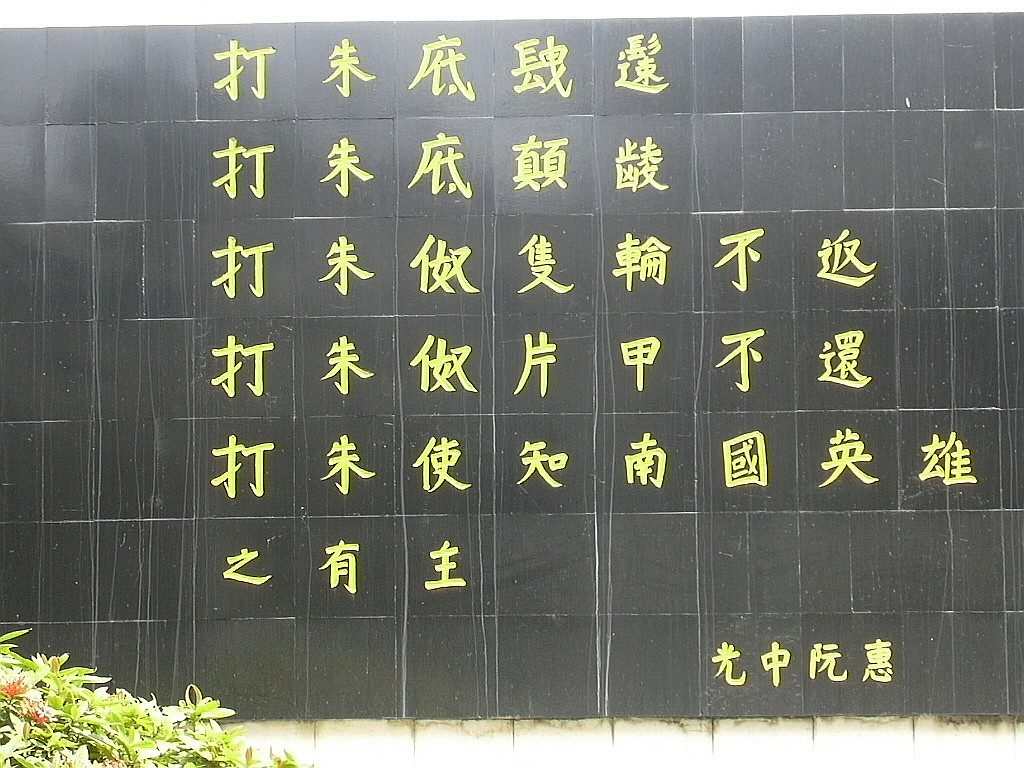 Then, sometime in the 10th century Chu-nom script was invented by Vietnamese scholars (which means southern script) to represent the speech of the Vietnamese. And it ran in parallel with Chu-han.

So why have a dual script? It was because the Chinese characters did not satisfy the vocabulary and grammar of the Vietnamese language. They did not sound like Vietnamese and it was this mismatch that the scholars sought to resolve. What resulted was a very complex, unwieldy way to write Vietnamese. It was very difficult to learn and remember. Firstly, Chu-nom, a vernacular script, was based on Chinese and to be able to write and understand it one first had to know Chu-han. Therefore, it was confined to the educated elite who already knew Chu-han).

Each Chu-nom word was formed from the standard Chinese Chu-han characters with additional Chu-han characters or new strokes which were needed to explain how the word should be pronounced. That is to say, one character in Chu-han denoted the meaning and the supplementary character explained how to pronounce it. Together, a new character was formed to write the sound of the Vietnamese word. Due to this adaptation, although the characters were in Chu-han, the Chinese could not understand it as it made no sense in Chinese.

Chu-nom was never standardized, it was cumbersome and complex and sometimes new ideograms/characters had to be created. 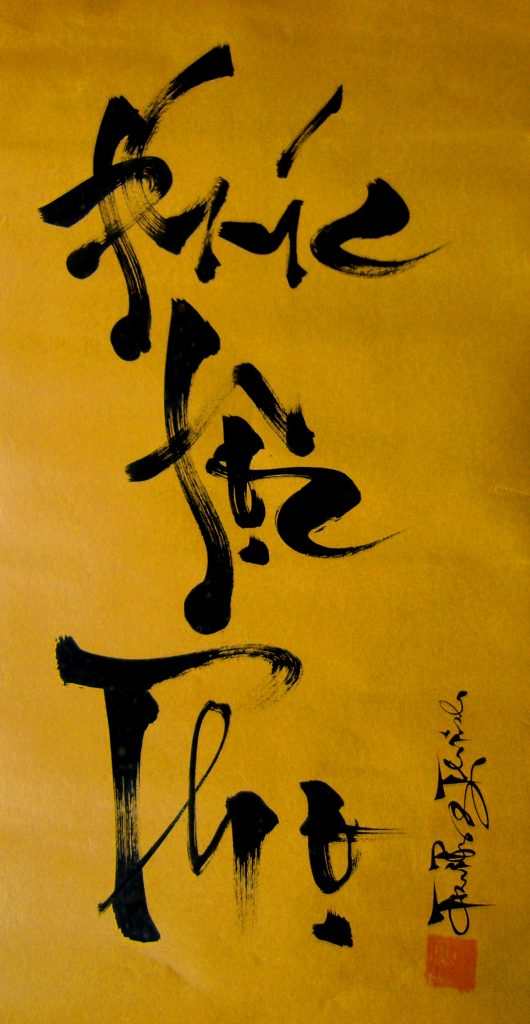 Yet from the late 13th century Chu-nom really started to develop and expand from its embryonic 10th century form. It became the script for writing literature and poetry and was widely used between the 15th-19th centuries. It was the Confucian intellectuals who recorded folk stories, village entertainment etc. in Chu-nom for posterity, while Chu-han was retained as the script for business, politics, law and formal communication.

It is said that Chu-nom was perfected with the Tale of Kieu, an example of its purest form. Issued in 1820, this is an epic poem, considered the most significant in Vietnamese literature. The story is based on a 17th century Ming Chinese novel and was translated from Chu-han script into Chu-nom by the author Nguyen Du.

To complicate matters further, in the 17th century the Jesuit missionaries, led by Father Alexandre de Rhodes, who settled in Vietnam, adopted another script which they used to write Vietnamese. This was, and is, Quoc Ngu – today’s national script. It incorporates the Roman alphabet rather than Chu-han characters. The missionaries used it to write prayer books, religious texts and aid their dissemination of Catholicism. Quoc Ngu is a phonetic representation of Vietnamese speech using the Roman alphabet. Rightly or wrongly, Alexandre de Rhodes is widely credited with its invention when he published the Portuguese-Latin-Vietnamese dictionary in 1651. During the French colonial era it was the Vietnamese intellectuals who exploited Quoc Ngu to the full and in 1908 the Royal Court in Hue created the Ministry of Education which incorporated Quoc Ngu into the curriculum. In 1919 it was declared the national script and replaced both Chu-han and Chu-nom.

In 1970 in Hanoi the Chu-nom Institute was established to preserve the past. Its focus is to search, store, translate, publish the Chu-nom heritage and it has 20,000 ancient books, most written in Chu-nom. It is said that it would take 300 years to translate Chu-han and Chu-nom scripts into today’s Vietnamese.

Nowadays, because of Quoc Ngu, very few people have a knowledge of Chu-nom and hence able to read the old messages of the ancestors. This is a negative aspect of today’s script. One academic commented that if Quoc Ngu had not been adopted then maybe Vietnam’s national script would have been Chu-nom. This is something however we can only guess, and will never know.