LANTERNS – A SYMBOL OF HOI AN

POETRY OF SILK, COLOR AND LIGHT

One of the most beautiful and iconic sights greeting the visitor to Hoi An is the plethora of multi-colored silk lanterns, hanging from every tree, strung across the pedestrian streets and all along the river banks. So what is the story behind these lanterns, how did they originate?

It is thought they originated in the 16th Century when Chinese and Japanese merchants settled in Hoi An. It is said that possibly the Chinese brought their own lanterns with them to help combat feelings of homesickness. Originally the lanterns were used solely as lighting in peoples’ homes but, due to their beauty, they were soon used for decorative purposes.

At the time when these Chinese and Japanese settlers arrived, Hoi An was a busy commercial port where merchant ships from Asia and Europe docked to exchange goods. Silk was one of Hoi An’s most important commodities hence silk lanterns became extremely popular and were produced in large quantities to enhance the residents’ homes both inside and out. At first, only the wealthy could afford the lanterns to decorate their houses but in time, with mass production, they became more affordable to everyone. In Asian culture lanterns are a symbol to dispel evil spirits therefore they are considered to bring good luck to the town and to the citizens who display them outside their homes. 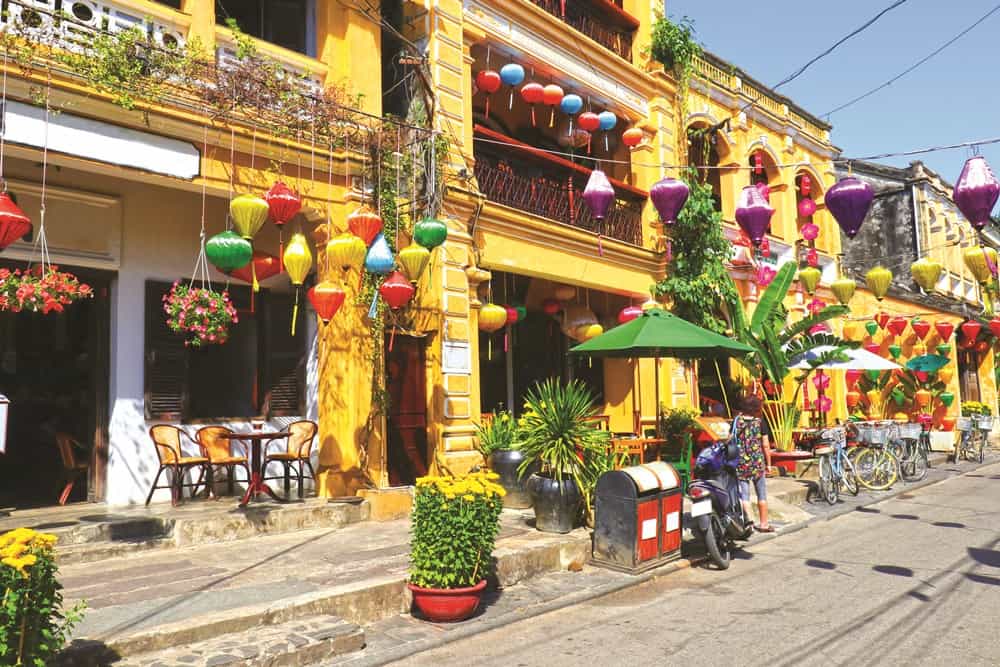 To make the lanterns, bamboo for the frames must first be very carefully selected, followed by the equally important selection of the silk fabric. Silk enhances the beauty of the lanterns and intricate decorations are added to the fabric. In 1998 the town officials decided that on the 14th day of each lunar month lantern festivities would be held, when families would display their lantern specialties outside their houses and the whole town would become a blaze of spectacular lighting and color.

Many lantern-making workshops can be found in Hoi An, allowing the visitor to make a colorful souvenir to take home with them and keep alive the memory of a highly enjoyable visit.