THE CIRQUE DU SOLEIL OF VIETNAM

LUNE PRODUCTION – A NATIONAL TREASURE OF VIETNAM’S STAGE AND THEATRE

In the past tourists commented when it came to entertainment, Vietnam lacked the wow factor – something truly original and unique. However, Tuan Le, Show Director of Lune Production, turned this perception on its head in 2012. 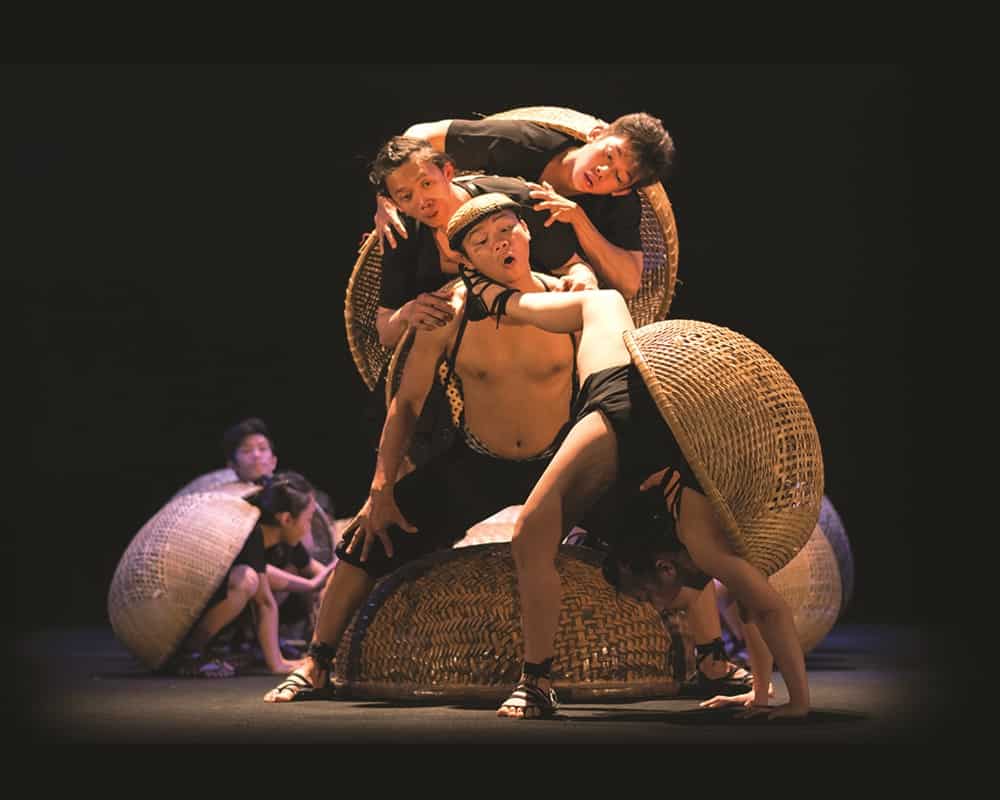 Vietnamese by birth but raised in Germany, Tuan started out as a juggling artist. In Paris he performed in the Cirque D’Hiver while in Germany he created his own show starring Vietnamese émigrés. However, it was seven years ago that Tuan and two colleagues, Lan Maurice and Nguyen Nhat Ly, initiated Vietnam into the world of theatrical arts and, in so doing, introduced the world to Vietnam’s answer to Cirque du Soleil. From 2012 Lune Production has been wowing audiences with its spellbinding performances featuring Vietnamese culture and traditional daily lives of the ethnic minorities. Through live theatre, symbolic dance, circus acrobatics, juggling, martial arts, songs, mime and acting a 20-strong cast perform to beautiful music showcasing traditional Vietnamese folk melodies and world music.
Adding to its ‘homes’ at the Saigon and Hanoi Opera Houses and Hanoi’s Tuong Theater, Tuan Le’s team opened the Hoi An Lune Center for Performing Arts on Hoi An Island in February 2018. Here, two of the company’s spectacles are currently performed:

The A O Show: A O refers to ‘Lang Pho’ meaning village and the city. This show is Lune Production’s crowning glory, first performed in Saigon (February 2013). It illustrates Vietnam’s many opposites and transitions: tradition vs modern, peaceful countryside vs hectic urbanization, overpopulation vs privacy. It incorporates humor and real life experiences using a variety of props such as giant woven baskets, ropes and bamboo poles.

Palao: Hoi An is closely connected to the Cham culture; Palao, which is the Cham word for ‘letting go’, debuted at the Lune Center in November 2018 and features a soulful dance full of the Cham spirit and culture in a contemporary, more avantgarde setting. The performers play traditional Cham instruments as well as sing and dance, paying tribute to the Cham ethnicity.
Lune Production is now a national treasure as it continues to bring Vietnam’s unique culture to the world through inspirational art performances.

La Siesta Resort Hoi An has teamed up with Lune Production to create a memorable package of theater and dining. One voucher, two experiences – watch any Lune Center show and enjoy an authentic Vietnamese meal at Red Bean Hoi An.