CELEBRATING THE HARVEST & THE MOON

THE SYMBOLIC IMPORTANCE OF TET TRUNG THU IN HOI AN

The mid-autumn festival, known as Tet Trung Thu, is the second most important festival in Vietnam after the Tet Lunar New Year. It is usually celebrated on the 15th day of the 8th lunar month, when the moon is at its fullest – during September or early October. This year, 2019, it falls on Friday 13 September. 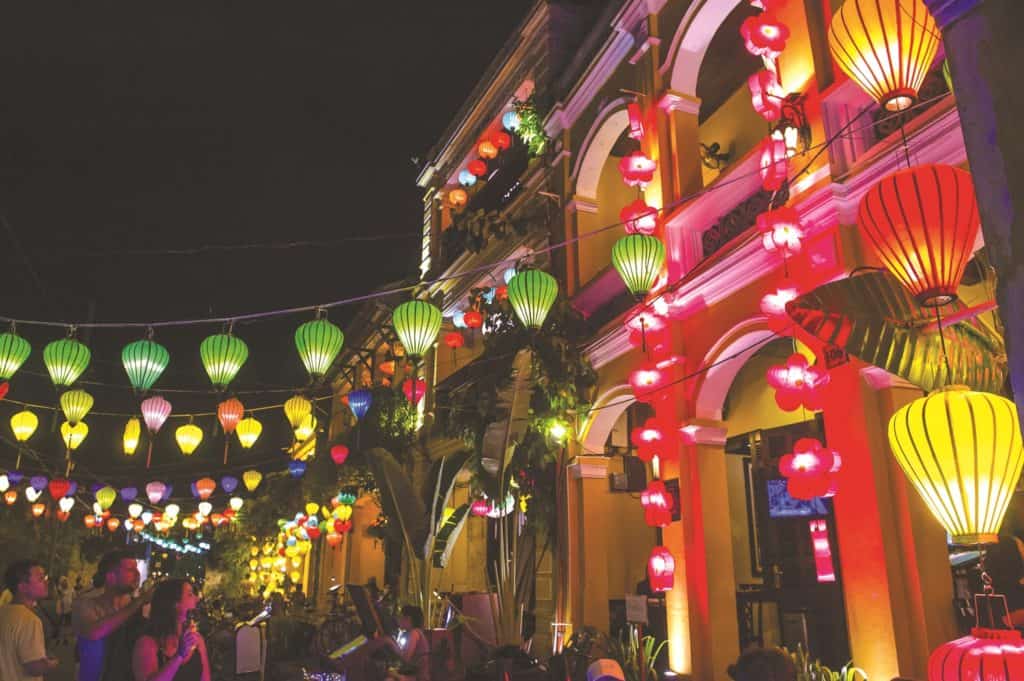 The Festival, with a 15,000-20,000-year history, celebrates the end of the harvest and the full harvest moon. It is about the coming together of families and celebrating their closeness, with special emphasis on children. Legend says that Chu Cuoi and Hang Nga (the moon fairy) were lovers on earth, but became separated and flew to the moon to be together. It is said that if one gazes hard at the moon on the night of Tet Trung Thu the two lovers can seen in silhouette together.

Hoi An is abuzz with many traditional activities. For example, folk games played in the streets, lantern parades and lion dancing, accompanied by the insistent beating of drums. The lions are handmade by the Nguyen Hung family and are a delight to watch as they dance and hold mock battles between themselves. Sometimes fireworks are let off through the lions’ mouths. Lions are believed to bring good luck, so when a family hears the drums outside their house they eagerly open the door to greet the lions and welcome them to their home. Colorful and amusing dragons can also be seen in the streets, dancing alongside the lions.
The children are accompanied by ‘Lord Earth’ or Ong Dia, who wears a moon-shaped, smiling mask, and represents prosperity and wealth. Other groups of children parade around the town, wearing masks and holding paper lanterns shaped like stars, moons and animals.

If you are lucky enough to be in Hoi An at this time of year, make sure to take part in these special celebrations which honor families, children and the moon.