A dual voucher, which applies to a minimum of two people, is based on any show performed at the Lune Center and lunch/dinner at Red Bean Hoi An Restaurant.

Vouchers can be purchased from:

At Red Bean Hoi An in the grounds of La Siesta Resort & Spa dine on authentic Vietnamese dishes from across the country. Choose from two daily lunch/dinner four course set menus: The Vietnamese set or the Taste of Hoi An menu which feature iconic Hoi An favorites and Quang Nam Province dishes. Alternately try the Red Bean street food buffet available on Tuesday evenings. The menu includes around 40 dishes displayed in bamboo woven baskets lined with banana leaves presented in a traditionally rustic design. 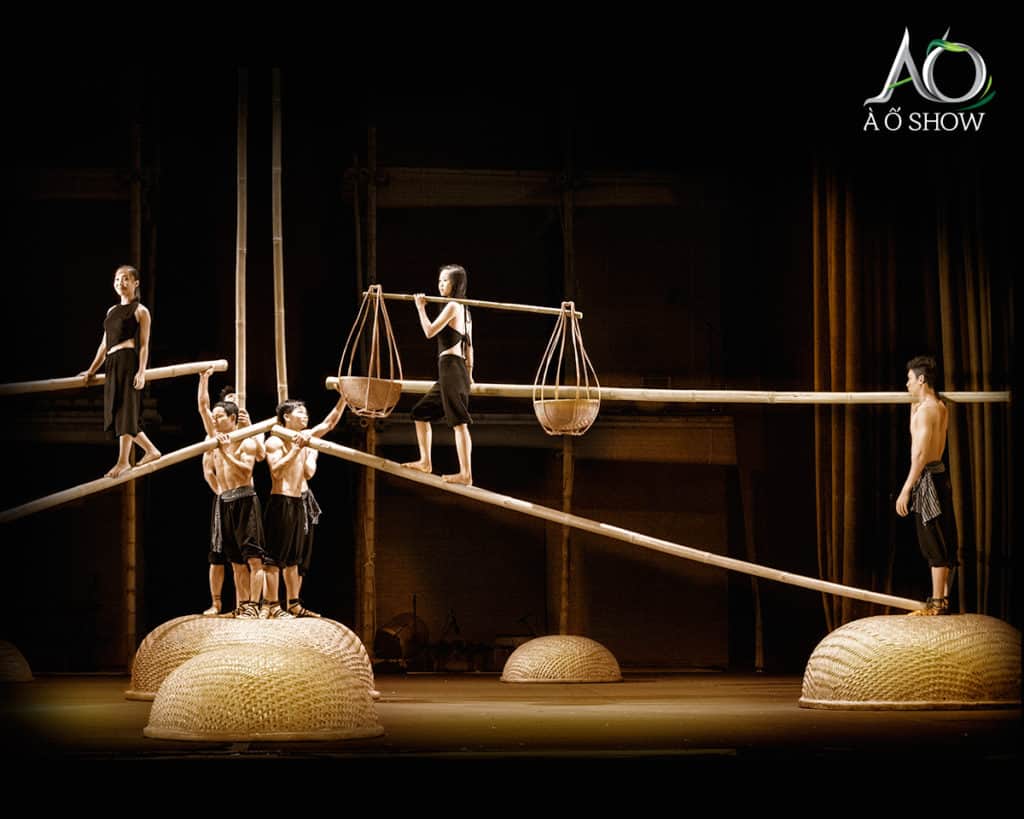 Adding to its venues at the Saigon and Hanoi Opera Houses and Hanoi’s Tuong Theater, Lune Production opened the Hoi An Lune Center for Performing Arts in February 2018 located on Hoi An Island.

Two of the company’s four spectacles are currently performed at the Lune Center:

The A O Show

The meaning of A O comes from ‘Lang Pho’ referring to village and the city. This show first performed in February 2013 in Saigon, illustrates the many opposites and transitions of Vietnam: tradition vs modern, peaceful countryside vs the hectic cities, overpopulation vs privacy. It incorporates humor and real life experiences. The performers use a variety of props including giant woven baskets, ropes and bamboo poles.

Hoi An has a close connection to the Cham culture and Palao is the Cham word for ‘letting go’.  It debuted at the Lune Center in November 2018 and features a soulful dance full of Cham spirit and culture in a contemporary more avant-garde setting. The performers play traditional Cham instruments as well as singing and dancing as they pay tribute to the Cham ethnicity.

The idea behind “Teh Dar” goes back to the early days of this land, where Viet people were collective ethnic tribes living on different parts of the peninsula. Trial men and women came around the fire, hunted, danced and harvested together, in circles, within which, cultural stories that inspired “Teh Dar” began. The word “Teh Dar” means “going in circle”. Here lies the philosophy, the belief that keep Teh Dar artists going: maintaining the symbolic circles of triba cultures, giving them new life on stage, preserving beautiful aspects of tribal traditions from fading under the overwhelming tide of modernization. As the people keep going, the circles remain and so will their cultures. 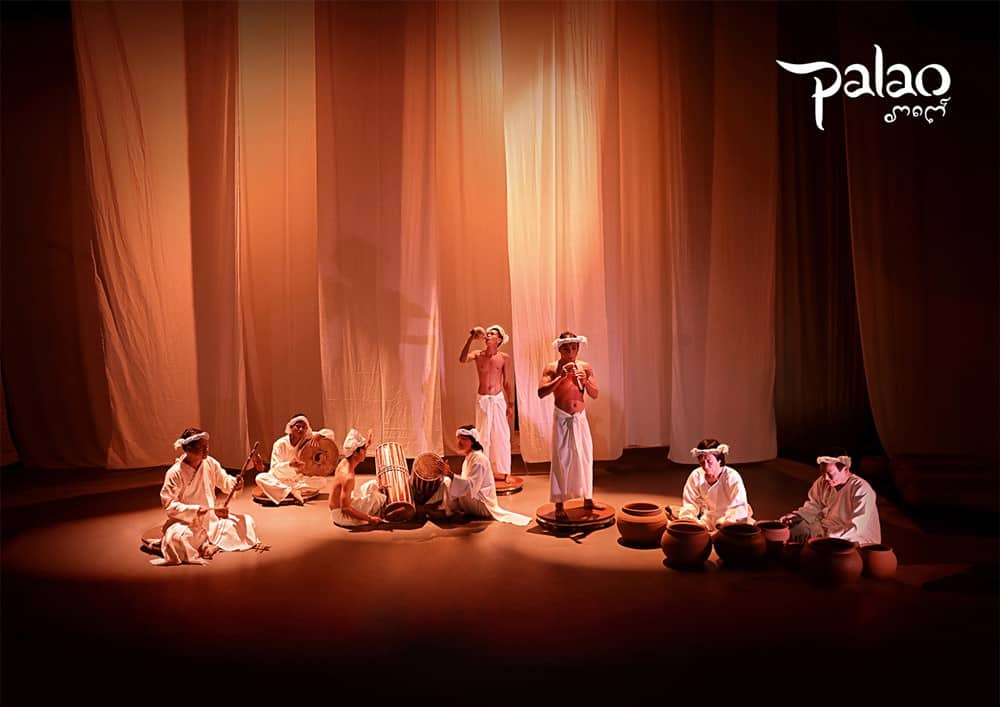