Regarded as the unofficial symbol of Vietnam and considered a “gift from God, rice is the nation’s sacred commodity and main staple food. Even the country’s outline pays homage to ‘white gold’, one of the country’s nicknames for rice. The Vietnamese say their country resembles two rice baskets at each end of a pole. One of many types of rice is glutinous/sticky rice which is the basis of a traditional Hanoi specialty called bánh khúc. This is a savory soft mung bean dumpling infused with the distinctive aroma and flavor of khúc (cudweed). It is made by steaming and mixing the leaves with rice flower to form a ‘dough’, wrapped around a ball of green bean paste mixed with pork and a little pepper. The resulting dumpling is rolled in a sticky rice coating and steamed. 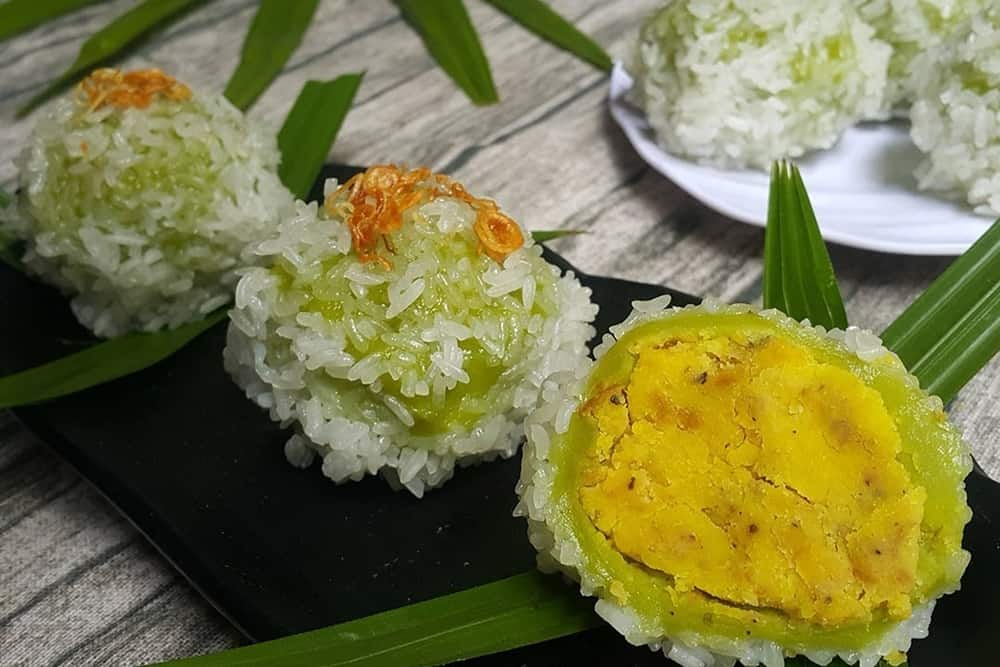 Bánh khúc sellers peddle their wares, which are kept warm and served hot, day and night. Cudweed grows along the edges of rice fields and is in season during the lunar January and February months making bánh khúc a popular early lunar new year snack. Ngoai Hoang village south of Hanoi is one of the most famous areas where these tasty dumplings are made.

At Red Bean Nguyen Quang Bich bánh khúc features on the daily street food buffet menu – one of over 60 dishes.